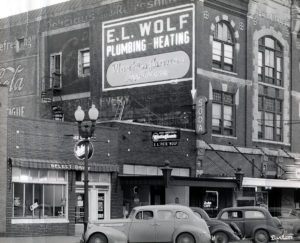 In 1986, the McPherson Opera House Preservation Company was formed to save the building from demolition and to restore it to community use.

Although many in McPherson had affection for the Opera House, most felt the derelict building was beyond repair, and the consensus was that the Preservation Company, although well intentioned, had little hope of success.

The early supporters of the Opera House are genuine heroes. They devoted countless hours to the backbreaking, dirty, and dangerous work necessary to prepare the Opera House for its eventual rehabilitation. Time and again, against seemingly impossible odds, they saved the building from the wrecking ball.

Their early work paved the way for the completion of the Opera House, an $8,500,000 project. The west commercial portion was put into service in February 2007, and the auditorium had a Grand Reopening on January 28, 2010, exactly 121 years after the original Grand Opening.

Funding came from individual donors, foundations, government and private grants, as well as from State and Federal Rehabilitation Tax Credits – government done right. Special thanks to those McPherson voters who passed the one-half percent special-use sales tax that made the completion of the project possible.

The McPherson Opera House has won numerous awards for its architectural excellence, accolades from performers who love the auditorium for its acoustics and intimacy, and from patrons who appreciate the quality of the performances. The rental spaces, because of their historic charm and 21st-century amenities, have also won wide praise.

McPherson, founded in 1872, quickly developed a degree of prosperity because of its rich agricultural land. Nevertheless, the men who formed a stock company to build the Opera House in 1888 had a bold vision. The Opera House, one of the first with electricity, had no equal between Kansas City and Denver.

On opening night, all 900 seats were sold—this in a town of less than 2,500 people—and the Opera House quickly established itself as the county’s cultural center.

For the next 30 years, a steady stream of performers graced the stage of the Opera House. Because of its opulence and superb acoustics, it was a favorite venue of the assorted acts that crisscrossed the country by train.

The Opera House also hosted political rallies, suffrage meetings and numerous local productions and events. It was the primary place where the citizens of McPherson could meet, interact, and understand themselves to be a community.

The local press described the 1913 remodel this way:

“When the McPherson people see the opening show early in the fall, they will hardly know that they are in the McPherson Opera House, for nothing will look like it used to. It is a happy transformation wrought by the Malm brothers of Lindsborg who have decorated it, and when the Malm brothers do a job, it does not appear like a paper hanging job—it is decoration and the finest.

“The painting over the stage arch is a real work of art. It represents a western scene, the Indian near his tepee and the river flowing nearby. The sky in the background is a marvel of colors. The receding sides of the main arch are in the latest color of the dark brown, and the panels are pretty, and the overhead effect is in harmony, as is the entire color scheme.”

Competition from the Movies

The advent of movies—and, to a lesser degree, radio—changed the entertainment dynamics of America.

In the 1910s, a number of movie theaters opened in McPherson. Attendance at the Opera House, where admission was five to 15 times greater, began to dwindle.

In the spring of 1925, the Opera House quietly closed its doors, only to reopen, completely remodeled, as the Empire [movie] Theater in 1929. On opening night, 200 people had to be turned away.

The Empire, in turn, folded in 1936, to reappear as the Mac Theater just three weeks later.

Television, however, effected an even more radical change in entertainment habits than the arrival of the movies, and one by one McPherson’s movie theaters closed: first the Ritz, then the Manor. The Mac was the last downtown theater left standing, but it went dark in March 1965.

The Death of the Opera House

The Opera House was more than the auditorium, with the west portion of the building devoted to commercial interests. Street level was retail, and the two floors above were converted to apartments during the 1925–1929 remodel.

Use of these spaces dwindled over time, and the last tenant, Continental Trailways, vacated the building in 1983.

The once proud McPherson Opera House fell derelict and was purchased by Peoples State Bank at a sheriff’s auction with the intention of demolishing the building and replacing it with a parking lot.

If not realists at the beginning, those visionaries who saved the McPherson Opera House from demolition in 1986 soon became so in the course of the next several years. It is to their eternal credit that the founding members of the McPherson Opera House Preservation Company (MOHPC) faced down lawsuits, demolition orders, public skepticism and a lack of funds to secure the stability of the structure’s shell. Credit must also be given to Peoples Bank and Trust, who deeded the building to the Preseervation Company and provided initial seed money.

The building was secured with a new roof (since replaced) and windows, a gift from CertainTeed Corporation (replaced in 2011). The Main Street store front was restored to its original appearance. The exterior brickwork was tuckpointed, and the Coca Cola signs, dating from the early 1900s, were restored thanks to a grant from the Coca Cocla company.

The one-storey building adjacent to the Opera House on the north was purchased in 2000 and was remodeled as the Annex, with a ribbon cutting and Grand Opening on February 7, 2002.

Various exterior projects were completed, including the restoration of the Grand Entry. In preparation for the beginning of work on the interior, the roof trusses were reinforced and a new roof was installed.

The West Commercial Portion of the Building

A $1.2 million gift from the estate of Ann Freeman of California was the catalyst to begin work on the interior of the building. A number of named-gift donations, including $545,000 from Ann Allison Leach, plus State and Federal historicl tax credits, allowed completion of the west commercial portion of the Opera House, which opened in February 2007.

Special thanks are due Peoples Bank and Trust and Citizens State Bank, who served as the Opera House Federal tax credit partners. Eby Construction Company was the general contractor and Andy Steffes was the architect.

Although the McPherson Opera House opened in 1889, it wasn’t until January 2010, with the completion of the final phase of the Opera House rehabilitation, that the project was truly complete. Even though the original builders had intended finishing out the lower level of the Opera House, that plan was abandoned, and the lower level remained in a primitive state. No longer! Although it took 121 years, the original vision of the far-sighted men who built the McPherson Opera House has been realized.

*HOVER ON THE IMAGES FOR BEFORE AND AFTER* 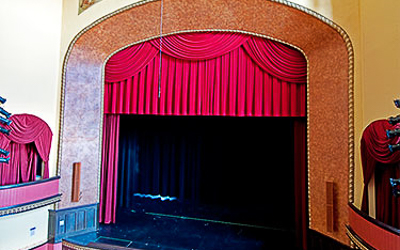 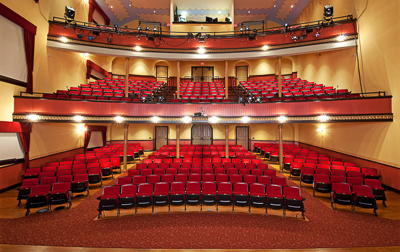 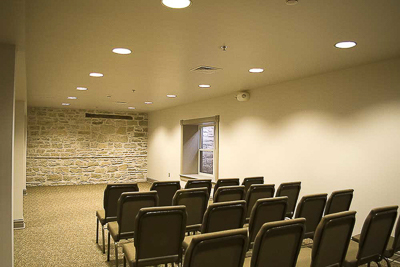 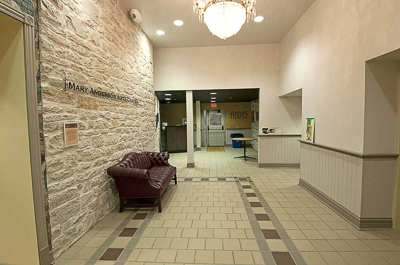 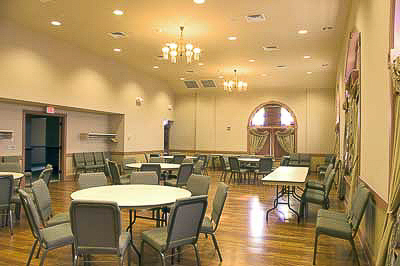 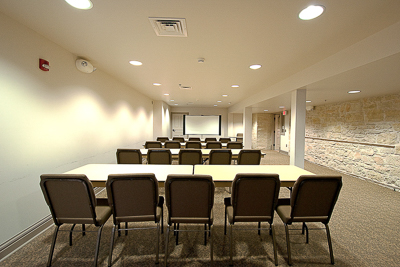 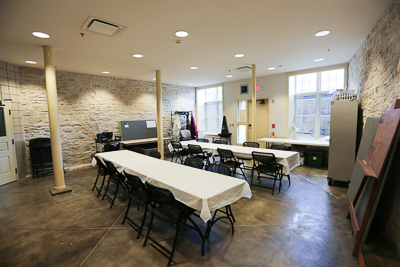 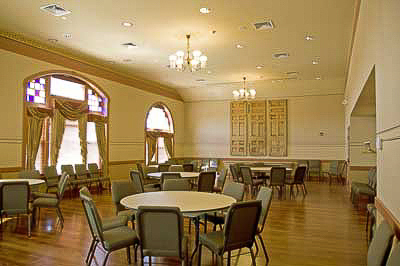 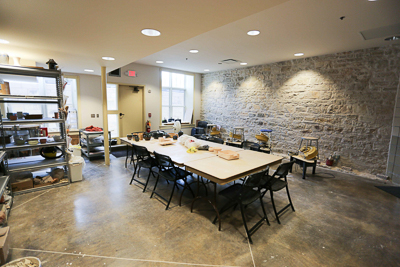