Performance and VIP Meet & Greet
Featuring Demetra George and Eduardo Villa
Two incredible international artists combine to bring the best loved music in the world, from Opera to Broadway and Pop, to the McPherson Opera House stage.
Demetra George (Mustafoglu), Honorary PhD, and Eduardo Villa.
Demetra George is one of the most celebrated musical ambassadors of the United States and recently United States Ambassador to Cyprus. John Koenig declared her a Cultural Ambassador for sharing her vocal talents with the world and spreading American culture. She has graced opera stages and concert halls around the world, including Carnegie Hall and US Embassies across Europe. A two-time Grammy List nominee for her cd “Demetra George Sings Love Arias,” she has sung for four U.S. Presidents and has performed with over 700 symphony orchestras. She boasts a repertoire of more than 20 opera and operetta roles and 18 in musical theater. Violetta In La Traviata, Mimi in La Boheme, Hannah in The Merry Widow, and Maria in West Side Story are some of her most celebrated roles. She is a frequent guest on stages in the U.S., Turkey, Greece, Cyprus, and Azerbaijan. The former Miss Oklahoma to Miss America talent winner, and San Francisco Opera winner, met her husband Mike while in Wichita Music Theatre singing Tuptim in The King & I. Demetra uses her gifts to educate and train, including having trained young children for 14 lead roles on Broadway. She also uses her talents to benefit philanthropic efforts, such as a recent Andrew Lloyd Webber Concert in Istanbul, which raised $5 million for the restoration of the entrance to Topkapi Palace and to aid many major U.S. charities.
Eduardo Villa is one of the world’s most sought-after and versatile tenors with an unusually broad repertoire that ranges from Nemorino to Otello in leading opera houses throughout Europe and North America. He is a regular guest of the Metropolitan Opera and has appeared on their stage in the title roles in Don Carlo and Ernani, Radames in Aida, Rodolpho in Luisa Miller, Don Jose in Carmen, Pinkerton in Madama Butterfly, Turiddu in Cavalleria Rusticana, Canio in I Pagliacci. and Enzo in La Gioconda. He has held countless other leading roles with opera companies in New York and on stages throughout the United States. Notable concert appearances in North America include the Verdi Requiem with the Columbus Symphony and Los Angeles Master Chorale, and opera gala concerts with the Dallas Symphony, Pasadena Symphony, and for Opera Hamilton.  In Europe, he was a regular guest of the Bavarian State Opera in Munich.
Meet & Greet – Ms. George and Mr. Villa will be hosting a meet and greet event following the 7:00 pm performance. The $50 VIP event ticket is only available with the purchase of a $40 performance ticket. The special ticket gives access to the after-show reception in the Grand Ballroom that includes meeting the artists and enjoying hors d’oeuvres and cocktails. 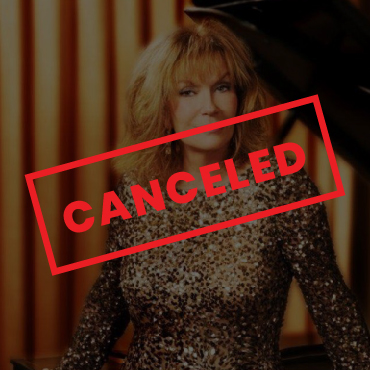