Featuring an evening of an eclectic mix of traditional and contemporary jazz repertoire that celebrates our national heritage. Under the command of Lieutenant Colonel Daniel L. Price, the United States Air Force Academy Band proudly represents the Air Force Academy and its mission to educate, train, and inspire men and women to become officers of character, motivated to lead the United States Air Force in service to our nation. One of nine performing ensembles within the Academy Band, the Falconaires jazz ensemble is comprised of 18 professional active duty airman musicians. A driving force in the jazz world, the Falconaires play a major role in cultivating our national heritage through America’s only indigenous musical genre: jazz!

Admission is free, but seating is limited. Please reserve your tickets! 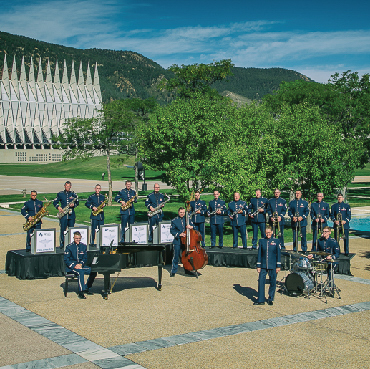